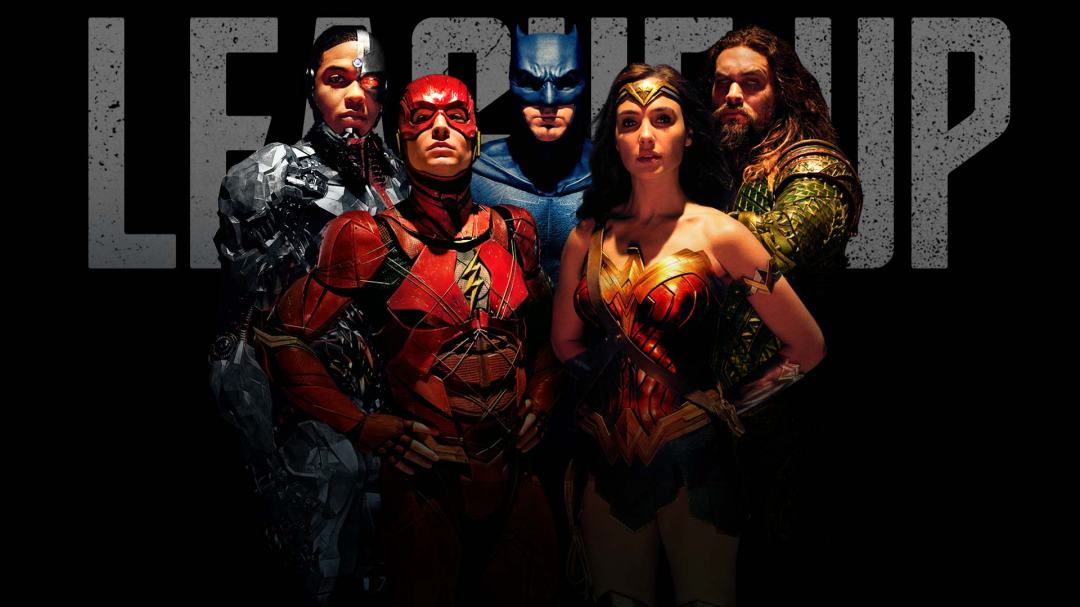 What an interesting week it has been! Look at all the stuff that took place this week! Much wow! Totes news! (Can you tell I’m writing at least part of this post before the week is actually over?). NYCC has come and gone so we have a whole bunch of news, get ready for a bumper of the Geekly Round Up. This is also why this weeks round up is a little late as I waited for the con to be over! Let’s see what else has been going on!

It wouldn’t be a Geekly Round Up without a poster or three and the lead up to NYCC has given us a few more. Like all Comic con posters theses aren’t the official series posters, just some promotional material to get fans excited. Take a look!

So what do we have here? Well first up is Jessica Jones Season 2. A pretty simple poster, just showing Marvel’s sassiest private investigator pointing her camera at the viewer but in the traditional purple that has become synonymous with the character. Could this hint at Killgrave’s return? We already know David Tennant has been on set of season 2 but how will he return?

Next is a very arty Agents of SHIELD post. It gives us a look at the main cast of the next season with the SHIELD symbol made up in a constellation as a backdrop. This reaffirms the setting of at least the early part of the season as being set in space! No no info coming out of this poster.

Next is Cloak & Dagger. Things have gone a bit quiet on this one since the trailer a few months ago but now we have another look at our heroes in what almost looks like a comic book cover. Tyrone has his cloak and Tandy is sporting a light dagger as per their respective comic looks. The Roxxon Corporation sign behind them is intriguing. It was featured quiet prominently in the trailer so I’m starting to think the company might be important in the show.

The last poster is possible the most interesting. Marvel’s Runaways will shortly be coming to HULU and we are steadily getting more promotional material. I love the aesthetic of this poster and it tells you pretty much the origin for the group. They are sneaking a look at a group of people (their parents who are all part of the evil crime organisation The Pride). Each character has a shocked look on their faces as they have just learnt a horrible secret. The best part of the poster is the confirmation that Old Lace, the dinosaur will be in the show! Look carefully and you can see her head poking out from behind the pillar. Yep that’s right, this show will have a dinosaur who is telepathically linked to one of the kids! Sound brilliant doesn’t it! 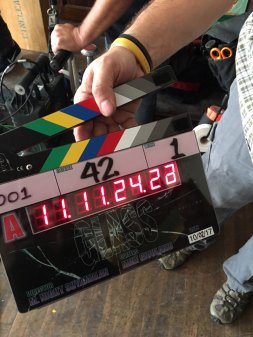 The Threequel to Unbreakable and Split, Glass has officially begun production! The long awaited follow to M Night Shyamalan’s awesome superhero film (because let’s face it, that’s what Unbreakable was) has started filming as the image shared by M Night himself shows.

The logo for the film looks pretty good as well. Apparently the film will follow Bruce Willis’ David Dunn on the trail of James McAvoy’s The Beast from Split, drawing out of Samuel L. Jackson’s Unbreakable supervillain Mr. Glass, who holds vital secrets about both men! Exciting!!! 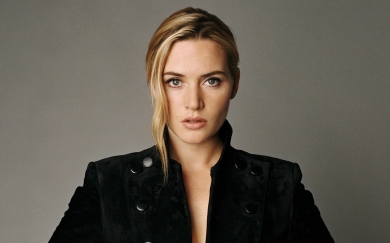 Another week, another bit of news from the Avatar sequel camp. Deadline report that Kate Winslet has officially signed on to James Cameron’s play a character called Ronal. This will mark only the second time Cameron and Winslett have worked on a big film together, the last of which was small 1997 film Titanic, don’t know if you’ve ever heard of it. Nothing else about Winslet’s character has been revealed at this but she is currently the biggest acting credit tied to the sequels. I wonder who else they will get.

Well this is something I never thought I would see. A live action Sonic the Hedgehog movie is in the works! There seems to be a push for live-action adaptations at the moment but I fail to see how it can be live-action if the characters are digital creations. How else are we going to get a hedgehog speedster?! Deadpool director Tim Miller is in place as Executive Producer, possibly hinting at a more adult tone to the film. Will we see the ring collecting, emerald hunting, Dr Eggman foiling aspects of the character? Or will it just be an ‘interpretation’? Will Tails and Knuckles appear? I guess of know we will have to be content with burying our heads in our hands and wishing this does not materialise. It is definitely not the one to break the video game movie curse that’s for sure! 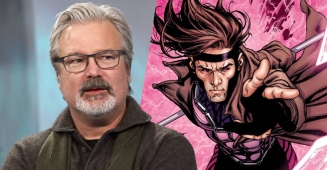 This film just won’t die! I’ll say it now, I do really want a decent Gambit movie but I doubt we will get one! The latest rumour is that Gore Verbinski (A Cure for Wellness, Pirates of the Caribbean) is in talks to direct following the departure of the previous two directors! Will he breathe new life into the project? Will Johnny Depp appear in it as he has in a lot of Verbinski’s other films? It’s still not official yet so no word or any script writing or production date but Gambit is still hanging around, like that kid who get’s picked last for sports! 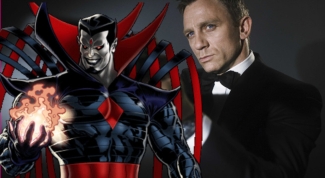 Keeping with the Gambit movie, more rumours surfaced last week in the shape of Daniel Craig being eyes for the role of Mr Sinister! Yeah I know, not the person I would have chosen either. I imagine the Mr Sinister character as a bit Shakespearean in his persona and I don’t think Craig could pull that off. I don’t think he is a bad actor, he just doesn’t have much range. Maybe he’s stretching his acting legs away from action roles as he gets older but it’s the wrong choice if you ask me. Give it Bryan Cranston! everyone knows he would look and act the part perfectly!!!!!

This caught me completely off guard! The first trailer for the new Jack Ryan TV show has landed starring John Krasinski. I had no idea he was in this show, I guess he got the role following his performance in Michael Bay’s 13 Hours. So he has the action experience but will he be able to fill the shoes of some of Hollywood’s big names that played Jack Ryan before. Alec Baldwin, Harrison Ford, Ben Affleck and Chris Pine have all played the character, to varying levels of success and it looks like this version will be more like Affleck and Pine’s versions. Not an agent, he is an analyst that gets roped into something in the field. I get the feeling this show is influence by 24 and Homeland which in my book can only be a good thing! Keep an eye on this one, it might just be great! Check out the trailer below.

We’ve had a new poster for the show, now we have a brand new trailer. Much of what’s on display we have seen before. The kids get together and discover their parents are part of an evil crime syndicate called The Pride, who look like they are sacrificing a girl! We see some of the kids exploring their powers and a quick appearance by Old Lace, the Velociraptor! I’m interested in the show purely because it’s based off some pretty great comic book characters but I’m worried it’s going to be swamped in teenage angst, feeding off the success of Riverdale. There is still no UK release date yet but reviews will be coming from the US thick and fast any day now!

V for Vendetta returns for another Vendetta!

It looks like someone has a taste for Alan Moore properties as soon after the announcement that the Watchmen is being adapted into a TV show, there’s strong rumour that V for Vendetta will be getting the same treatment but this time coming to Channel 4! Yes that’s right, the UK will be getting it first!!!! Literally nothing else is known about the plans but this is exciting yes? Yeah, I’m not sure either. The film was great and underappreciated so maybe this show will give it a new lease of life! And if they don’t release it on November 5th they are idiots! 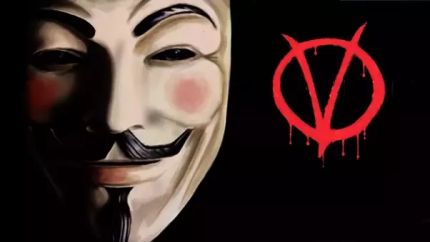 Pacific Rim is restarting the Apocalypse!

A sequel was inevitable and most people didn’t expect much from it but ever since Pacific Rim 2 started production excitement levels have been increasing. I wasn’t a fan of the first film but the first official trailer has me hyped! It’s a ridiculous premise and is an action for actions sake film but it looks great and fun! We will get more Jaeger v Kaiju action with some incredible new monsters and some updated machines with all kinds of new weaponry. It also looks like we’re going to be getting some rival Jaegers. Why are they fighting each other? John Boyega (as the son of Idris Elba’s Stacket Pentecost) will be giving the traditional rousing speech with Scott Eastwood yet again playing sidekick. They really need to give him a leading role soon! Turn off your brain for this one, it’s going to be a riot. Here’s the trailer!

You know me, I love a good crossover! Luckily it’s the in thing at the moment, almost every popular TV show is doing it. The Walking Dead is set to be no different. The main show is set to crossover with it’s own spin-off Fear the Walking Dead. Very little is known about it at the moment but Robert Kirkman himself has confirmed they are working on it. I don’t think it’s going to be a huge crossover like the CW shows have, more than likely it will be a cameo from one show to the other. The only problem I have with this is that I now have to go and watch the entire of Fear the Walking Dead, dammit! 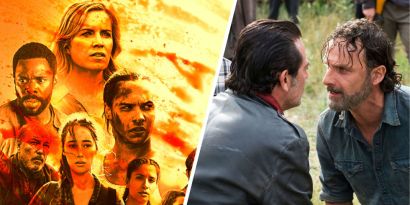 Finally, to round out this bumper edition of the Geekly Round Up, we got a brand new Justice League Trailer. Lot’s of new stuff on show here and as I’ve spoken at length about the previous footage I’m just going to let you watch the trailer.

Okay, I couldn’t leave it without saying something. This trailer left me with an overwhelming sense of Meh. Nothing surprising really, the colour palate seems a bit off, still some dodgy CGI (which I sincerely hope is fixed in the final cut) and Aquaman seems to have a very limited vocabulary. I don’t think I’m going to be watching any more footage before the film comes out. From now this is a Justice League free zone. (Yeah I don’t think I’ll be able to stop myself looking either).

Well that’s it for another week. Thanks for sticking with me and I look forward to seeing you next time for hopefully a more relaxed week. I’m off now to catch up with one of the 4 millions TV shows I’ve committed to watching. See you next time fellow Geekstalkers!

4 thoughts on “Geekly Round Up”