Black Panther: The King is Coming!

Yesterday we got our first look at Marvel’s Black Panther in the form of the first official poster. Take a look. 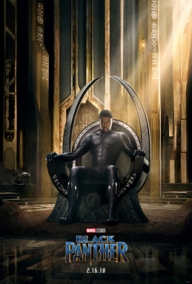 It’s safe to say I was less than impressed with it. I understand what they were going for, showing Chadwick Boseman’s T’Challa as a powerful man presiding over a nation unlike any we have seen before, but the poster is of very poor quality. It looks fan made but not to the quality of people like BossLogic. Boseman’s head looks like it’s been cut out of a different picture and glued onto a CGI picture. So poor. Luckily BossLogic himself got onto it quick to make some improvements! 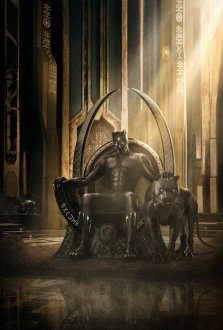 Now that’s better isn’t it. The colours blend better, having the mask on doesn’t make his head look like an afterthought and the addition of the actual panther is wonderful symbolism. After this poster I was really worried about the quality of the film as a whole, has it been too rushed? Have Marvel Studios been concentrating on Infinity War so much that Black Panther has almost been forgotten about?

I needn’t have worried though. Today or rather in the wee hours last night we got the first teaser trailer for the film. Not much of a teaser as it goes on for more than two minutes but it is one you have to see! And here it is;

Well that looks bloody good doesn’t it?! I’m not going to break the trailer down like I normally do as I have very little knowledge of the character’s history so there’s all kinds of references I will have missed, but I will draw your attention to some of the awesome stuff!!!

Picking up after the event of Captain America: Civil War, Andy Serkis’ Klaw is being interrogated by Martin Freeman’s Everett K Ross, in some kind of basement. Klaw is without an arm and I can only hope we will see him adopt his sonic cannon he sports in the comics!!!

We get to see Black Panther being badass of course, fighting some armed goons and shrugging off their bullets. And later in the trailer being involved in another car chase possibly sporting a new suit? He does like to cling onto moving vehicles doesn’t he? You can ride inside them you know T’Challa!

We are going to see a range of different tribes in this film. I won’t begin to understand the different variations or traditions but there are so many different people on show in the trailer. Things aren’t necessarily peaceful in Wakanda. It looks like T’Challa is going to have to take part in a ritual fight at some point. Is this a battle to officially claim the Black Panther title? Or fending off a challenge to his crown?

Who’s he fighting you ask? Well that would be Michael B Jordan’s Erik Kilmonger. An exile of Wakanda and seemingly pissed because of it. He is most likely the main villain of the film and will be breaking Klaw out of custody and getting into all kinds of scrapes with Wakanda’s soldiers!

The main thing that jumped out at me from the trailer is how ancient tradition and super advanced technology have merged seamlessly in Wakanda. At times we see people in traditional African garb and then we see technology which is far beyond anything we have. The film appears to have got the tone of Wakanda from the comics bang on!! 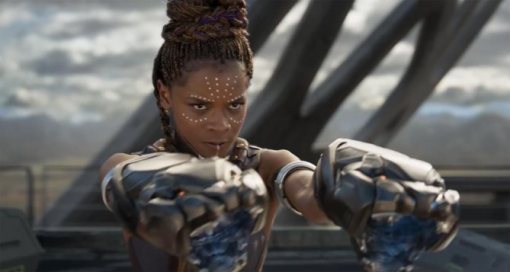 If the poster worried me then the trailer as turned that worry into intense excitement! I cannot wait to see this film and currently that hype is higher than it is for Infinity War. I think Black Panther will be the sleeper hit of next year. I’m going to go and sit in a dark room now and calm down and after that I’ll watch the trailer a few more times.

What did you think of the trailer? Let us know in the comments below.