Everyone loves a connected cinematic universe so let’s have more of them!! That’s seemingly what the big studios are thinking these days. The MCU has been very successful, the DCEU is trying its hardest to get its first critical success but is still bringing in all the money. Now it’s Universal’s turn. The recently released The Mummy is the first installment in Universal’s Dark Universe.

Tom Cruise is heading up this new film which is not a reboot of the Brendan Fraser movies like a lot of people think. Dark Universe is reviving some of cinema’s classic monsters giving each one a modern day twist. The Mummy Director Alex Kurtzman has now confirmed a couple of additions to the roster of monsters included in the universe; 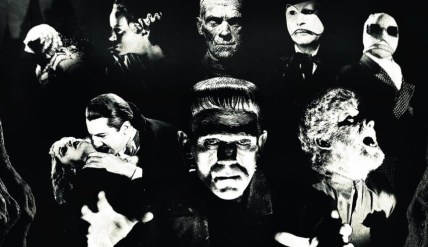 Bride of Frankenstein – Starring Javier Bardem as the Bride’s husband (Frankenstein’s Monster for those who didn’t get my poor joke!)

The Invisible Man – Starring Johnny Depp, hopefully it means we won’t see much of his face.

These were have known about for a while but now we know the universe is likely to feature the Creature from the Black Lagoon, The Wolfman, Dracula and surprisingly the Phantom of the Opera and Hunchback of Notre Dame.

Presumably these solo films will culminate in a ensemble movie that will either see all these monsters teaming up. There is also a rumour that Tom Cruise’s character will turn out to be a descendant of Van Helsing and will take up his ancestor’s role as a monster hunter!

Phantom of the Opera is an interesting choice, particularly as the Phantom doesn’t traditionally have powers. He’s just a scarred man with an organ! Maybe they will change him to be an actual phantom, ghost-like which would be good to see. Also, presumably there will be a Jekyll and Hyde film unless he is going to be the consistent bad guy throughout some of these films as he appears in The Mummy played by Russell Crowe.

Early box-office reports suggest The Mummy isn’t doing very well but maybe the big named actors Universal are hoping to draw into this universe will attract more cinema goers. I assume the studio will keep going with these plans for the first round and see what the success rate is before considering binning it (I have a feeling something similar might happen with the DCEU too!).

My interest is slightly piqued due to the characters involved but I’m not excited to see any of these film….yet.

What do you think? Will you be seeing these films? Are there any other monsters you want to see come back to the big screen? Let us know in the comments.