Before this trailer I wasn’t that impressed. It’s been a very long time since I saw the original

and while I understand it’s widely considered to be one of the best sci-fi films ever, it didn’t take hold of me as it has some people. But purely based on this new trailer, the sequel Blade Runner 2049 is creeping into my ‘most anticipated’ list.  Before my lack of Blade Runner lore destroys the legacy of the first, have a look at the new trailer;

Well that looks bloody good doesn’t it! Even if it wasn’t a sequel it looks (aesthetically) brilliant. There are enough references to the original to quell the hordes of disappointed fanboys, together with lots of new things to get your teeth into.

I haven’t read the synopsis or any plot details so I have no prior knowledge of what is going on in this film, but it looks like Ryan Gosling is going to be playing a similar role to Harrision Ford’s Deckard. Investigating Andys or missing persons? I’m not going to speculate too much but at some point a rather beaten up looking Gosling will seek some help from the ageing Deckard (does this destroy the theory from the first film that Deckard was in fact and Android himself?).

Even though this film has a much bigger budget than the first and the technology has moved on vastly, it still feels like an 80s film just with bigger effects which can only be a good thing. I have a feeling this is going to be the success that the recent Ghost in the Shell remake wanted.

The colours are beautiful, the sense of struggling to survive in a dystopian world more advanced yet more desperate that the last film are palpable. This is going to be a very visually impressive film but it won’t be a happy one. Don’t expect it to end with hugs and smiles.

Jared Leto looks great and appears to be some kind of maker of androids. Is he going to be the big bad? It sounds like he might be weary of human civilisation, will he try and remake the world? What role will Harrison Ford have in the film? Just advisory or much like his Star Wars comeback? I have a feeling he will be killed off in this too as we see both Ford and Gosling rocked by explosions. The latter half of the trailer sees Ford heavily involved so maybe he will be integral to the story. 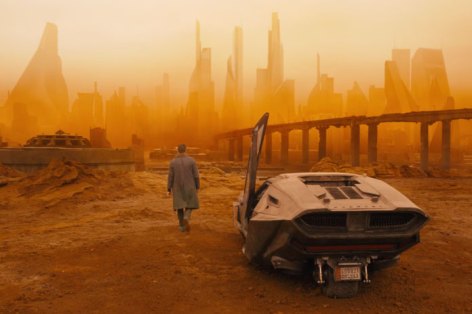 And how special is Ryan Gosling’s LAPD Officer K? Is that line a nod to the theory I mentioned earlier? Will he turn out to be an android but he doesn’t know it? Intriguing!

What do you think of the trailer? Let us know in the comments below.