Indiana Jones and the Retirement Home

Harrison Ford really doesn’t give up does he!? We knew a 5th Indiana Jones film was announced but I was convinced it was going to die a death if for no other reason than the absolute shit show that was Kingdom of the Crystal Skull. The film made a butt-load of money but is widely considered to be a crime against cinema.

it was such a shame as the previous 3 films were brilliant! Classic swashbuckling adventure stories with plenty of humour and heart thrown in, they are a joy to watch even now. Endlessly quotable and with so many iconic scenes cements Indian Jones as one of the most beloved franchises in movie history. 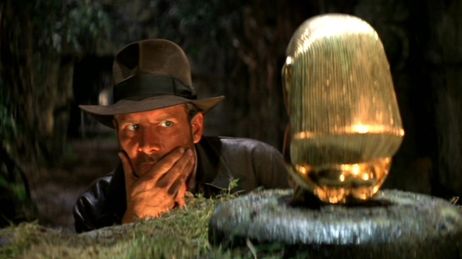 So why, after Indy 4 pissed on that franchise, are we getting another? Spielberg and Harrison Ford are both set to return for the film which has a release dated of 10th July 2020. Ford will be in his late 70s when this comes out!

The only way I can see this going is another attempt at passing the torch to a younger adventurer, or maybe an end to the character. Han Solo is no longer among the living so why not kill off his other iconic character? Ford’s performances in recent years have been laboured and disinterested, his enthusiasm is waning and I think he should call it a day and stick to having run ins with his private plane!

What do you think of this news? Do you want to see Ford back in the hat? Is he too old to reprise the role? Can the franchise regain its former glory? How can they have a traditional adventure when the last film introduced trans-dimensional beings!!!

Let us know your thoughts in the comments below!