Remember when the Shazam movie was announced literally years ago? There has literally been no news since then apart from the initial casting on Dwayne ‘The Rock’ Johnson as Black Adam, Shazam’s nemesis. Well now things are taking shape.

The Hollywood Reporter confirms that following a very positive meeting with 2016’s highest paid actor, New Line Cinema will be developing two interlinked films as part of the DCEU, a stand alone Black Adam movie and a follow up focusing on Billy Batson aka Shazam himself. 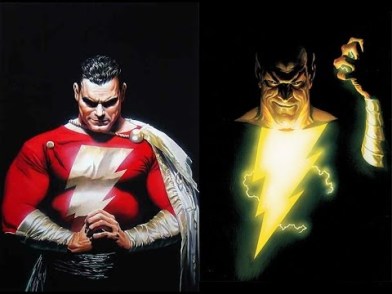 So it looks like DC are continuing with their anti-hero film ideas as Black Adam is going to be more of an Anti-hero in his picture, fighting against the enslavement of his people. I’m sure a large part of this change in direction is down to how successful The Rock has become in recent years and I think this is actually a really good decision. 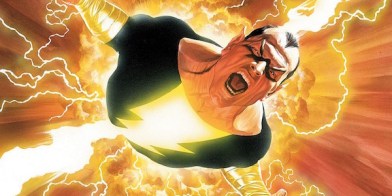 Shazam was always going to be a difficult character to put across to an audience which for years has been given ‘realistic’ superheroes. The Nolan Trilogy gave us a Batman grounded in reality, most of the Marvel films have relied on science and technology to bring their heroes to life such as Iron Man, Captain America. Shazam and Black Adam are all about magic and mythology, which DC have only just started to dabble in.

So will the Black Adam solo movie present this threat to the world which requires a hero of equivalent power to fight? Will the films ultimately crossover with the rest of the DCEU? Maybe a three way fight between Superman, Shazam and Black Adam is on the cards? Superman has so far been shown to be pretty much indestructible so showing his weakness to magic could nerf him a bit.

What do you think of this news? Let us know in the comments below.