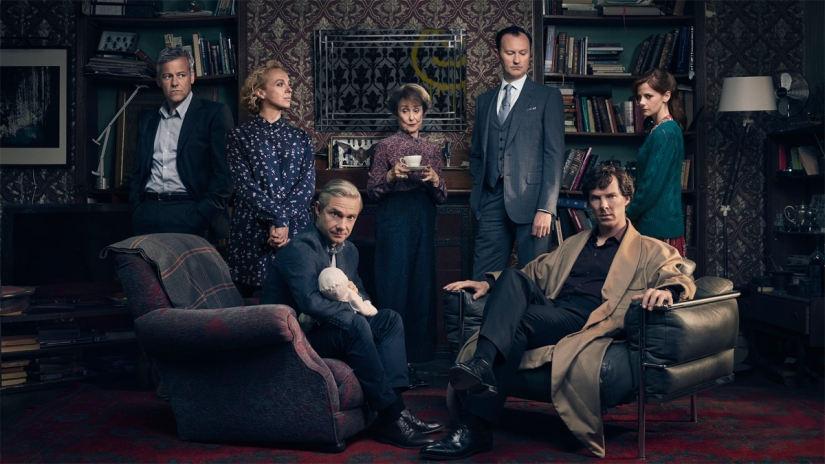 Sherlock, oh, how the mighty have fallen. 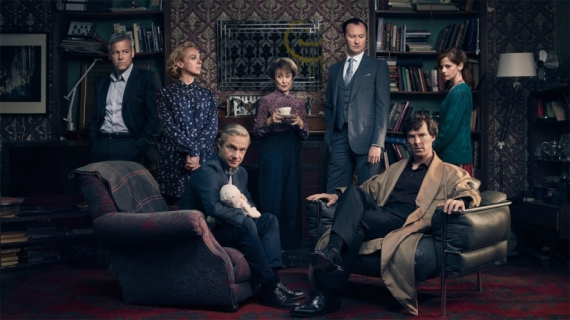 The first two series of Sherlock set him up as a highly functioning sociopath, an off the spectrum IQ, possibly on the spectrum, with cognitive reasoning and deductive abilities that border on psychic. He is motivated to solve cases to give him his fix, in lieu of the drug-fuelled highs he once relied on, and focuses purely on the case in hand, unaware and uncaring of the consequences or impact of his own behaviour. The initial episodes saw him soften slightly, at certain moments, to give small considerations towards others feelings.

‘I don’t have friends. I’ve just got one.’ The fan girls cry.

‘He fell out of a window, twice.’ Be still their beating hearts.

It was a well struck balance. His dominant traits; clever and calculating. His momentary allowances of caring, motivated by John et al, and generally at times when their lives might be in danger.
In this first episode of the long awaited fourth series, Sherlock was emotionally invested and clouded as a result, for most of the story, with brief glimpses of brilliance. His pithy one liners fell down without impact, because when he repeatedly said ‘I made a vow’ and promised to keep Mary, John and Rosie safe, it wasn’t believable. He simply wasn’t brilliant. Given he’d recently killed a man in cold blood to protect Mary’s identity, it shouldn’t have needed overstating that he wished to protect that family. We all remembered his vow. The repetition of it, only made all the more disappointing when the secretary shot her. 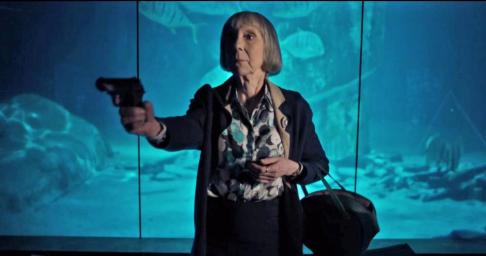 The actual case to be solved was clever in parts but it fell down massively. The idea that Mary was one of the world’s topmost spies, but somehow failed to noticed her two closest colleages (like family apparently) we not in fact killed, but taken hostage. The fact that she never looked for answers to understand what happened during their final botched mission, did not ring true. The idea that one of her A.G.R.A colleagues would take one cast away comment by his captors to mean that Mary had betrayed them, not consider that perhaps they were trying to bait him, or that it could have been another British woman (there are a few of them), and thus make it his mission to kill her, made me question that efficacy of the team. The conclusion to the main case was deeply unsatisfying – predictable (obviously it was a misunderstanding, and why else would they focus on the secretary with banal biscuit questions) and an anti-climax. The secretary beat Sherlock, he didn’t predict her shooting and nor did he predict Mary’s sacrifice. Overall, the cleverest case was actually the case of the young boy found dead in his car, when he’d apparently been in Tibet at the time of death. Unfortunately that was concluded about 15 minutes in.

There were however glimmers of hope. One is that this story will be connected to what is yet to come. This is an opener to the bigger story-line, and hopefully once we’ve seen the full series through, will make sense as the introduction. A necessary part to the plot.

Another glimmer, the possible John Watson affair story line. Clearly daisy girl ‘E’ is going to be important further down the line – who does she work for? Especially considering the poster she appeared in front of. Did they have an affair? Was there something else? Is this connected to Mary’s final request of Sherlock to save John Watson – does she know something about this girl and a danger than John may be in? 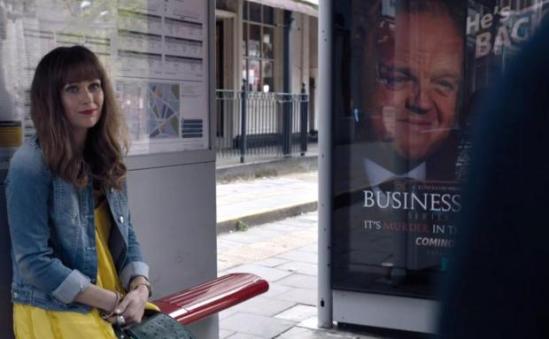 I didn’t love Molly in this episode. She didn’t really seem to have a proper place in the story, so they just slipped her in as the convenient deliverer of John’s message of rejection to Sherlock. There was no nervous energy. She was a bit flat. Mrs Hudson wasn’t in the episode long enough to actually have any impact.

Greg Lestrade however was another glimmer of hope. His small flicker of jealousy at another cop seeking out Sherlock’s advice (something tells me she is important too- further down the line). His pleasure at believing Sherlock knows his name. His presentation of the cases to tickle Sherlock’s interest. He was a great reminder of how the show started out, and the positive developments along the way.

The other glimmer of hope for me was Mycroft. This is the first time where I’ve preferred him to Sherlock, he remained unsentimental, acute mental agility and his witty retorts felt welcome. He also provided a clue that the creators have deliberately built the watered down Sherlock in this episode – Mycroft remarks that Sherlock appears to be all sentiment these days and how it might be detrimentally affecting his deductive powers. This indicates that the writers are acknowledging their portrayal of Sherlock, and gives me optimism that we will see him return to form. I just hope it doesn’t take too long of an arduous journey through relapse, pining for John’s friendship, and distant protection of the remaining Watson’s, to get there. Mycroft actually provided a double glimmer of hope. At the end of the episode we see him make a telephone call (possibly having received a coded message on a post-it note on his fridge) and ask to be put through to ‘Sherringford’. There is speculation and hope that this may be the third Holmes brother, mentioned in episode three of season three. Another Holmes could add to Sherlock returning to himself, as it does appear that his family have that effect on him. It’s a very intriguing prospect! 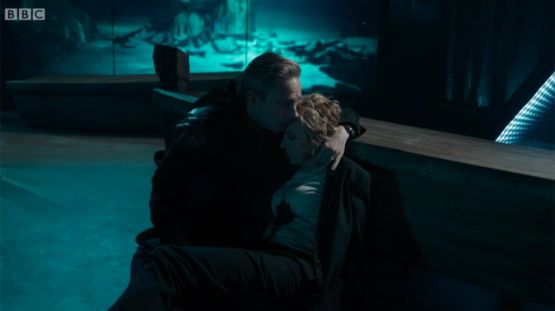 Overall, I didn’t hate the episode. But mainly because I believe the crumb trail is being laid
for the rest of the series (which rumor has, might be the final one). I’m not particularly sad that Mary died, I didn’t have that much of a connection to her and a second episode dedicated to her former life, given the limited number of episodes overall, was a bit tiresome and exposed weaknesses in that storyline. I also really didn’t like the parts where all three of them were off on a case together, or Mary appearing to supercede John and take his place on the investigative trail. There are a few points I’m very intrigued about, which, along with faith in Cumberbatch, Freeman, Moffat and Gatiss, are the reasons I’ll continue to watch.

Also, some of the shot transitions were reminscient of the first time a teenage student is let loose on powerpoint custom slideshow effects.

What did you think? Am I being to harsh? Let me know in comments or on Twitter @JackGeekstalk what you made of the episode, and what you are hoping for in the remainder of the series.