It’s that time again! We have yet another exclusive interview! I know, we’re in some high flying circles now!!

This time around we have been talking to the wonderful, humble and extremely talented artist Marie Grousset. If the name doesn’t sound familiar right now don’t worry, in the next few years she will one of the illustrators to watch! As soon as you see her work you will fall in love with it.

Marie loves superheroes and comics just as much as we do and we had a fantastic time chatting with her. So before I spoil anything else for you let’s hear from the woman herself!

One of the most talented, upcoming artists…? Oh god, I’m blushing now. Thank you so much for the compliment. And well… My name is Marie Grousset but you can call me Crow. I’m 25 years old and I was born in Paris in 1991. Huge fan of David Bowie, Tim Burton and many others. I’m a writer and comic artist (I guess that’s how you say it?). Truth be told, I’m rather shy. I post my work on Deviantart without tagging it and I wasn’t expecting anyone to notice it on Twitter either but Aesha Waks saw it and made sure everyone else would see it. I’m lucky. Or at least, that’s how I feel. I don’t know if it’s all just a dream and I’m going to wake up but I feel very lucky. I have nice people around me, I have always been taught that I should follow my dreams and now, I’m being interviewed by you? Oh god, this must be a dream. 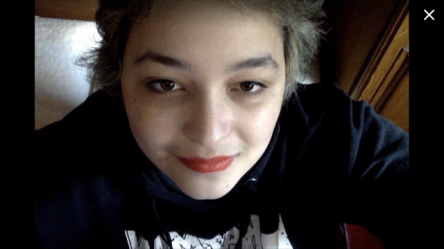 Hm… Comics. My dad. He is an artistic director for the press and quite a good artist too. Besides, he has a huge collection of comics and he always let me read them when I was younger. And I was in love with superheroes so I wanted to draw them of course. And pin-ups. I loved drawing pin-ups.

My parents always say we should follow our dreams so my sister, my brother and I always did that and I have to thank my parents for letting me do what I wanted. It’s their ‘fault’ if I fell in love with art and drawing after all. They’re the ones who first encouraged me to grab a pencil and a sheet of paper.

Superheroes! And Nina, one of my characters. She is a mafia princess and I love drawing her in various outfits. I also enjoy drawing anthropomorphic animals and chibis but I have to admit, my preference goes to superheroes. They reassure me and I love drawing them.

Poison Crow is aware of the fact that he is a fictional character. Born in a fan-fiction, he was abandoned by his author after chapter 12 and is now forced to fight for Justice in his own world. In the novel, Poison Crow’s real name is Fabian Wayne. In the comics, he is James Crane. In both versions, he is the cousin of Batman although Batman is never used or mentioned in my work. I wouldn’t steal a character from someone else. But I wanted to write an homage to Batman and so, I created Poison Crow. He is shy, kind-hearted, very caring although he can prove to be quite temperamental at times. He has a boyfriend whom he loves very much and unlike many superheroes, he doesn’t care about his not-so-secret identity. People know who he is. And that can be a problem. But he tries his best to be a good caped crusader.

James’s ex is Nina. She knows the criminal underworld quite well so she helps him often. In the novel though, Nina is Fabian’s adoptive daughter.

Well, when Aesha Waks contacted me, she said she was looking for an artist for her comic book, Jane. She chose me and I’m currently working on that. I’ll also publish it. Aesha was kind enough to introduce me to Graig Weich, who I admire very much and he gave me some advice for my own comic book, Poison Crow. He helps me a lot. You can see his work on http://www.beyondcomics.tv/. He has quite an interesting character, Gekido, I think you would like him. Aside from all that (which is already a lot), I have five books published: Felidae, Fantasmes Multiples, Sensualité Inachevée, Poison Crow and Tale of Heroes: Nina Ghoul. And I’m working on your webcomic, Deathstork. As you can see, I’m very busy but I like that. I love my job.

Honestly, I don’t know. Let’s take Poison Crow as an example. Nina was born out of my moments of sadness and depression. She was my Supergirl, my way of saying what I had to say without really saying it. James? He is her male counterpart. My more masculine side. As for Jonathan, Nathaniel, Eddie, Patrick, Bruce, Jason, Dick, Gabriel, Fabian and all the others, they all represent a piece of my heart. They’re all my babies. Each and every one of them. Ask me about one of them, I’ll tell you their past, their future and their present. I’ll tell you everything you have to know about them, as if they were alive. It’s a bit schizophrenic, I know, but that’s how things work for me. I don’t have any children. I wish I did but I don’t. So… My characters are my babies.

Poison Crow, comic book version. Thanks to the encouragements of all my loved ones including Aesha as well as Graig’s advices and help, I’m working harder than ever before on that project, when I’m not working on Deathstork or Jane of course. I already have three pages ready for Poison Crow.

Oh it’s just a dream but I’d love to work with Marvel, DC, Graig Weich. And honestly? Let me draw a Batman story and I’ll be even happier than I already am!

An Affair to Remember. It’s an old romance about two people meeting on a boat. They fall in love but the thing is, they’re both engaged to someone else, so they decide that they will break off their engagements and then get married on top of the Empire State Building. On the day of the wedding though, the bride to be gets hit by a car and wakes up paralyzed from waist down in a hospital bed. Ashamed of herself, she refuses to even tell her lover about what happened to her and he believes she forgot him. It’s a beautiful love story. Really. I cry every time I watch it.

All of us here at Jack and The Geekstalk want to thank Marie, or should I say ‘Crow’ for her time and words. It’s been so wonderful to talk to her and as she mentioned we are incredibly lucky to be utilising her boundless talents!

Crow has already begun turning our very amateurish comic strip Deathstork into a proper webcomic! Deathstork was born out of one of our stupid conversations that the team have and it evolved into one of the funniest and entertaining parts of this blog. We love coming up with the characters and the story which of course has to be full of puns! Check out the issues we have released so far here!

You will see that while the story may be entertaining, the artistic talent is very poor. I myself draw this comic strip and I am under no illusion, I have a very creative mind but struggle with bringing those ideas to paper. This is why Crow is perfect for us. She has already added her talent to the comic and it is incredible. Here’s a sneak peek of some of the upcoming pages.

We will be forever thankful for the work Crow is putting in, entirely in her own time and just for the love of drawing!  Stay tuned to see Deathstork in all his glory!

But this isn’t all about us! Please please please, anyone reading this, go and check out Crow’s art at crowfromfrance.deviantart.com. You will not be disappointed! Also pick up the books she has published as they display her endless talent.

Be sure to follow her on Twitter @winter_riddles She is such an amazing person to talk to and she loves all things comic and superheroes! Keep an eye out for her own hero Poison Crow and Aesha Waks’ comic Jane!! I can’t wait to see what Crow has to off this world!