‘Truth, Justice and the America Way’, the title of this episode conjures images of the original Superman comics and what he stood for as the All-American (and Kryptonian) hero. Justice, is the key word to this episode. Astra is dead but her Kryptonian allies are still a threat, Kara is hating Hank Henshaw for claiming he killed her Aunt and a new player comes in to the game rounding up other aliens. Will justice be served?

Here’s out recap and review! 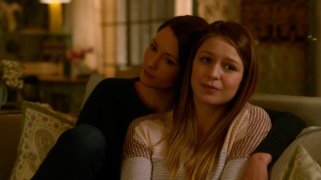 Alex and Kara are having another girls night (which they seem to have all the time!), Kara misses Astra and Alex is about to tell her the truth when Non turns up. He isn’t here to fight and asks Kara to go with him.

She obliges and meets Non in the sky surrounded by his troops, standing over Astra’s coffin. They give her a send off with Kara being permitted, as the only surviving blood relative, to say the final prayer. Non then tells her that he will honour the period of mourning but after that the next coffin will be hers!

Back at Cat Co Kara is worried about seeing Cat for the first time since before she was in the dream world caused by the Black Mercy. Things are made worse when Cat arrives and reveals she has hired a new assistant to help Kara as she clearly can’t do the job herself. 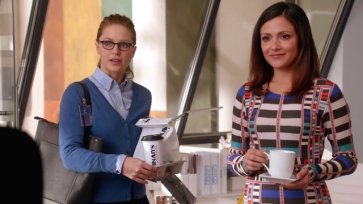 Cat calls a meeting and tells Kara to stay at her desk to cover the phones, meaning Kara has to use her super-hearing to eavesdrop. Cat thinks that Maxwell Lord is missing and tasks Jimmy and Lucy to investigate. This prompts Jimmy to speak to Kara privately about how the DEO holding Lord is wrong. He may be dangerous but he is being held there against his will and there has been no trial. 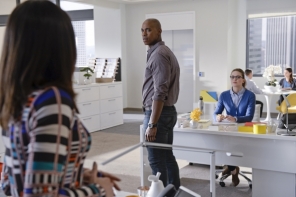 The DEO have tracked a rogue Fort Rozz prisoner that they need to bring in. When they arrive to capture him they are ambushed by another being (with a really cool mech suit) who escapes with the prisoner.

This mysterious being takes the prisoner to an undisclosed location to carry out the sentence of execution using a hi-tech guillotine. Nobody escapes the Master Jailer!

Alex and Hank go to interview the local police disguised as FBI agents. The mysterious being has apparently been active for months and each time the bodies of the ones he takes are found decapitated. One of the cops gives them some attitude about being Agents coming in and taking over but the other gives them all the information he can.

Lucy Lane has found some information on a secret organisation that could be involved with Lord’s disappearance and tells Jimmy about it. He lets slip that he already knows the DEO and tells her they shouldn’t investigate any further because of the risk.

Lucy realises that Supergirl must have told him about it and asks how close he is with her? As close as he is with Superman? Jealous much?

The Master Jailer is killing prisoners in the order they were incarcerated which allows the DEO to predict who the next victim will be. Supergirl interrupts his abduction of the next prisoner and a fight ensues. 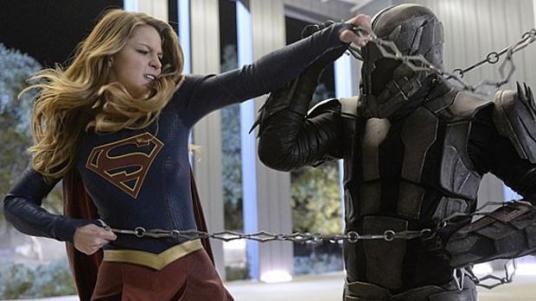 The Master Jailer is pretty nifty with the chains that comes out of his gauntlets and eventually manages to string Supergirl up so he can escape, taking the prisoner with him.

Jimmy is having a crisis of conscience. He wants to do the right thing but knows Lord is a danger to Kara. Cat gives him one of her trade marked pep talks where she tells him about one of her first  news stories she wrote. She was pressured into not publishing information about an abusive celebrity. This celebrity went on to kill his wife, if she had published what she knew it could have saved her.

Inspired by this Jimmy goes to the DEO and tells Kara that they are doing things all wrong. Fighting your enemies is fine but her battle will be a battle of values.

If she abandons those to bring the bad guys in then she is no better than them. Jimmy doesn’t recognise her when she says she will do whatever must be done, showing her similarity to Astra.

The DEO have traced some equipment the Jailer left behind to the rude cop Alex and Hank met earlier. Supergirl, Alex and Hank confront the partners with the cop claiming to know nothing. It turns out it was his partner, the nice cop, as he shoots Alex , puts on his suit and kidnaps Kara.

Kara wakes to find herself in a cell with the light of a red sun nullifying her powers. She has a chat with the Jailer’s latest prisoner and discovers that he was a drug runner and was sentenced by her mother. He doesn’t seem like any of the other criminals she has face. He feels genuine remorse and has taken the chance to lead a better life on Earth. 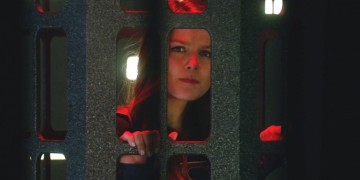 The DEO figure out the Jailer was a Fort Rozz guard and is carrying out what he thinks to be Alura’s work by rounding up the escaped prisoners and executing them, Justice must be absolute! 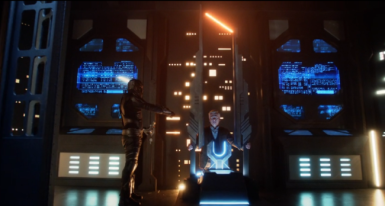 They track him to an empty cabin before discovering his ship is underground. The DEO attack just as he is about to kill the prisoner. Alex somehow manages to go hand-to-hand with the Jailer even though Supergirl struggled! Realising she is outmatched, Alex shoots a hole in the roof allowing the sunlight to flood in, giving Kara her powers back!

Supergirl quickly takes the Jailer down and then lets the prisoner go. 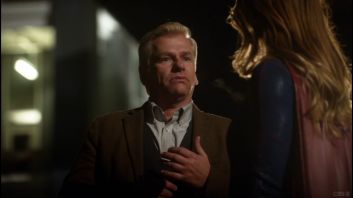 All these events and Jimmy’s lecture prompt Kara to convince the DEO to let Lord go. Earlier Lord was demanding something in return for helping her and screams “Without me you’d be dead!”.

Kara tells him that she is relying on hope that he won’t release what he knows to the public. Alex threatens mutual destruction if he does!

At the end of the episode Kara has some serious things to deal with. Jimmy can’t lie to Lucy anymore. He wants to tell her everything and asks Kara’s permission to tell her. Kara then goes to the Alura hologram to ask about Project Myriad only to be met with a Security Warning that if she continues to ask about it the hologram will self destruct!

Kara has been giving Hank attitude throughout the episode because she thinks he killed Astra. He is willing to take this to protect what she has with Alex, but Kara now tells him that she doesn’t know how to work alongside him! Is this the end for Kara and Hank?

Here’s a few things that jumped out at me during the episode:

I am struggling to predict where this show is going. It is pretty clear that there is going to be some huge smackdown with Non’s forces but if that is all the show is leading up to I think it is going to be very disappointing. Now that Astra is dead I think we will see a couple of filler episodes, like this one, with a ‘villain of the week formula’, which is okay but they can only repeat that process so many times.

The number of people who know about Supergirl’s secret identity is steadily increasing and I predict the new assistant is going to find out somehow and probably make it public or just tell Cat. Too many people know the secret, it is surely not going to end well. A bad guy is going to threaten someone she cares about and Kara will have to make the choice between protecting her loved ones or saving the city.

I feel the show is losing steam a little. It needs something to pick it up and carry it through to the end of the season. There is an opportunity to have a few big threats coming at Kara. Maxwell lord is now free to do what he wants and already wanted her dead! Project Myriad (whatever it is) is on the horizon. Will Kara be able to cope with impending doom?