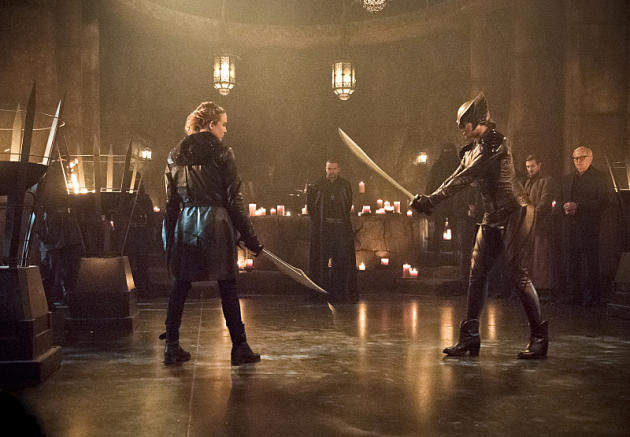 Moving on, or rather, struggling to move on seems to be the theme running through this episode. Last time we saw the Waverider get attacked by Chronos and lift off leaving Ray, Kendra and Sara stuck in 1958. Where has the ship gone? When will it be back?

Chronos’ attack was fast and effective, he sabotages the time drive of the Waverdier and steals the Jump ship, taking Snart with him! Rip, Stein and Jacks are left having to strap in as the ship free falls through time!

Back on Earth in 1958 Sara, Ray and Kendra wait to see if their friends are coming back. Sara is convinced they have been left behind because as she says “if you have a time machine, you’re never late”. After 10 hours of waiting they decide to leave Harmony Falls as Vandal Savage could still be looking for them. 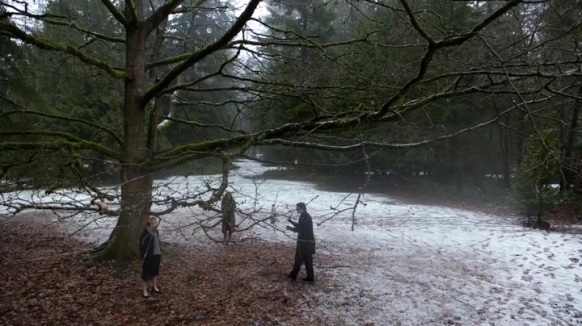 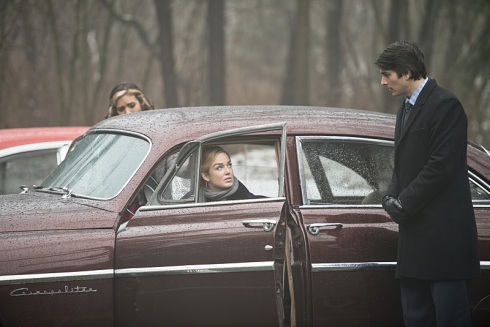 10 days later we see them in Hub City (another comic famous city) in an apartment, with Ray trying to built a time beacon to signal the Waverider. 10 weeks later the time beacon is ready but burns out on its first try. 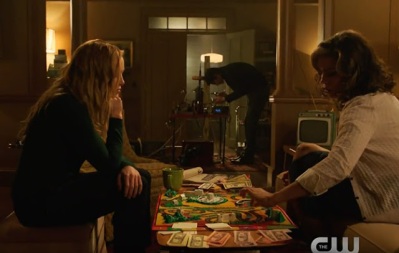 Sara and Kendra think it is a waste of time but Ray isn’t willing to give up yet. Sara can’t stay anymore and needs to go find somewhere she belongs.

2 years later we see Ray teaching a class in the local university (looking very much like a certain Clark Kent he played in Superman Returns), and later he and Kendra are celebrating their anniversary. 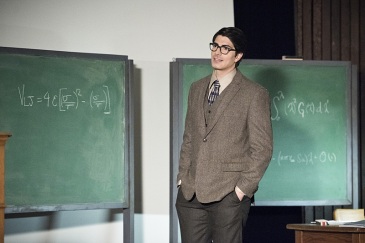 He has brought the latest version of the time beacon so they can destroy it together. He is ready to move on and pulls out a ring! Just as the beacon picks up a signal and the Waverider returns! 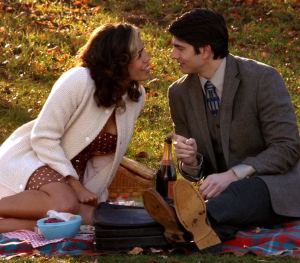 Ray struggles to return to the mission and is surprised by how quickly Kendra is willing to give up the life they have built. The team can’t move on yet because Ray has left his Atom suit in his apartment and they need to find Sara!

She has found the one place she always felt at home, Nanda Parbat and the League of Assassins, and is kicking all kinds of ass! R’as Al Ghul is surprised at how fast she has picked up the teaching of the League. 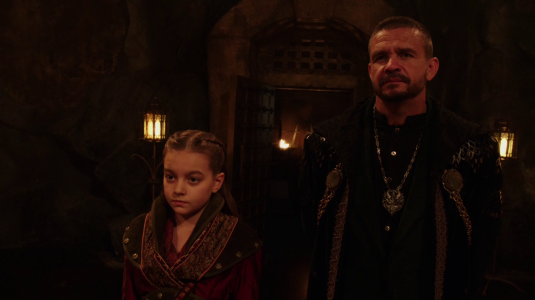 Back on the Jump ship, Chronos has Snart shackled. In answer to Snart’s question why he took him and not Rip, Chronos removes his helmet to reveal he is Mick Rory!! Snart didn’t kill Mick, he just knocked him out and left him stranded. He claims he always intended to come back for him, but Mick was eventually picked up by the Time Masters and was treated, trained and reborn with them. 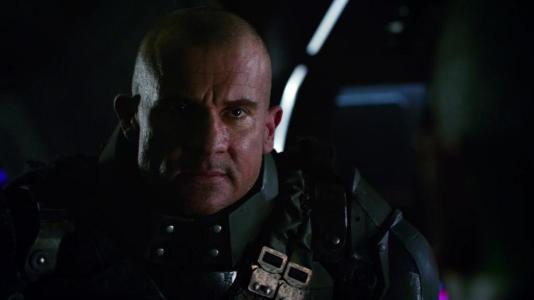 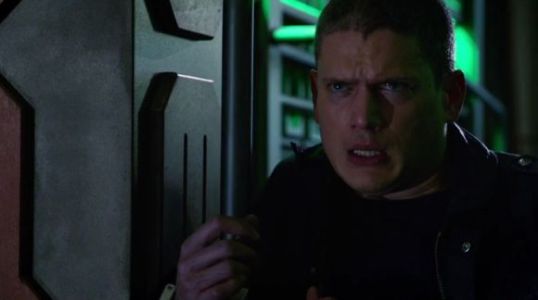 Mick is pissed and threatens to repeatedly go back in time to kill Snart’s sister in front of him. He used to think the most beautiful thing in the world was fire, now it is revenge.

The other members of the team infiltrate Nanda Parbat and find Sara but she turns them into the League! She has apparently found peace with the League. Rip explains that the longer they spend in each time zone, the more they start to forget their previous lives, referred to as a Time Drift. 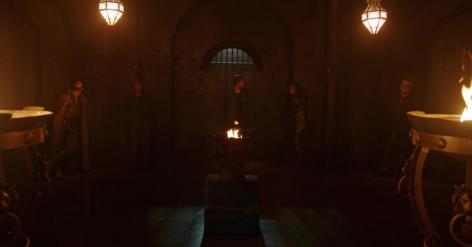 This also explains why Ray is struggling to fit back into the team and that Kendra’s Hawk powers have been dormant for months. Kendra tells Ray that she wasn’t happy with their life. They were always just making do until the Waverider returned. Their mission is more important than the life they had in Hub City. 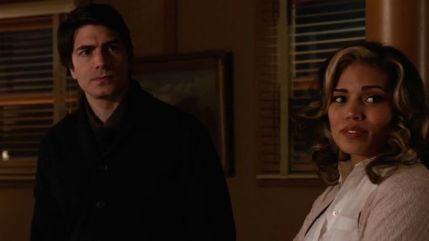 Rip demands R’as releases them by way of trial by combat. R’as appoints Sara as his champion and Rip picks Kendra! The fight goes as expected, they each at times beat the other back but Sara ultimately wins out but is pulled back from the edge by Kendra calling her the White Canary. 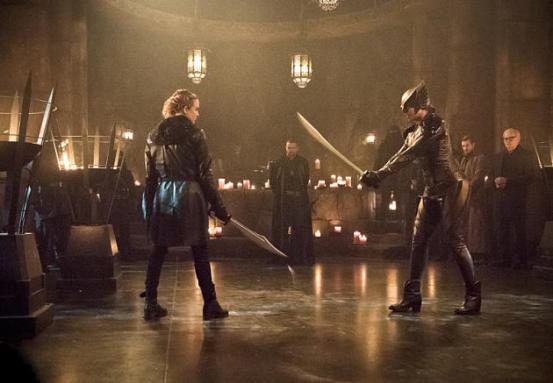 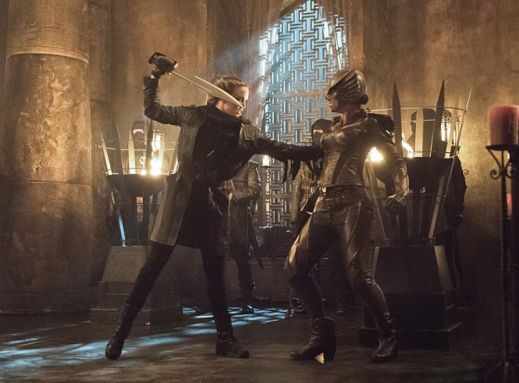 Meanwhile, Snart has been left alone on the Jump ship and he manages to get hold of his cold gun and freezes his own hand which he then smashes to escape his cuffs! 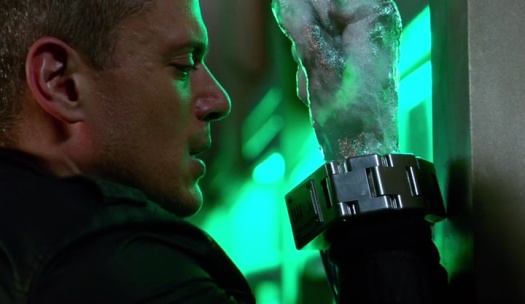 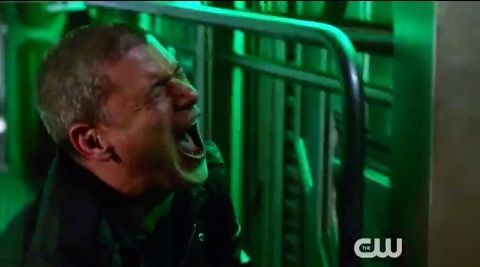 Chronos arrives at the League prompting R’as to release the team so they can deal with him. The following fight is probably one of the most impressive in the season so far! Kendra, Sara, Atom and Firestorm go all out to bring him down. Just as Sara is about to kill him Snart arrives and tells them to stop. Removing his helmet Snart shows the team it has been Mick all along. 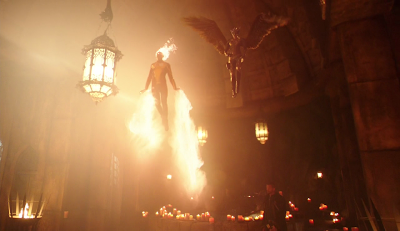 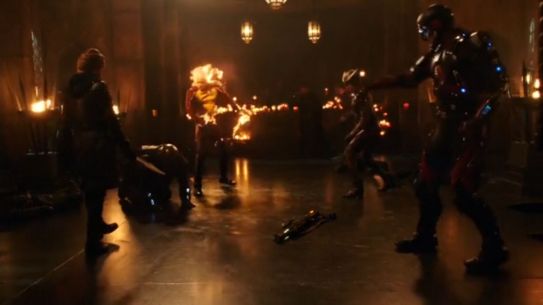 R’as has figured out that Sara is from the future and says that she is divided by her ability to kill and her desire to show mercy. He releases her from the League as there is no place for one so conflicted. As they leave Sara ignores the laws of time travel and tells R’as to make sure his daughter (Nyssa, yet to be born) is off the coast of Lian Yu in 2008, presumably putting into motion her own rescue in the future! 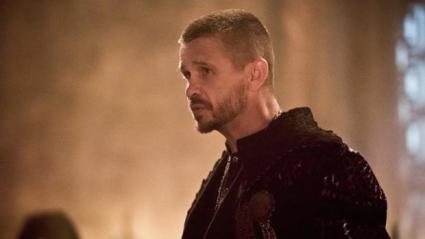 Rip decides he wants to try and reform Mick but most of the team are reluctant.

Kendra and Ray talk, she tells him that she still fell in love with him even though she didn’t like the circumstances. For the first time in any of her lives, she got to choose who she loves. 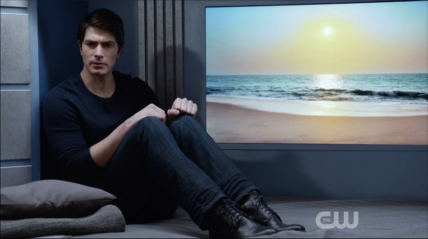 Rip sets their next destination. They will be going to 2147 to a place called the Kasnian Conglomerate. He has always known he could find Vandal Savage there but the risk has been too great. But now they must stop Savage there or die trying!

Here’s a few things that jumped out at me during the episode: 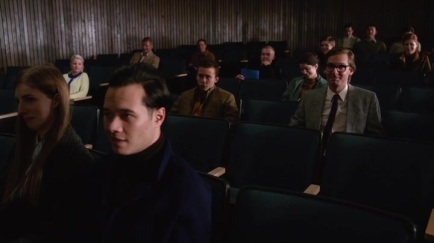 Lots of cool stuff this time around and it was good to see the return of the League of Assassins. Sara was always more impressive when she was at her most blood thirsty. I liked that fact that she seems to be responsible for her own rescue from Lian Yu. Nyssa will be there to pick her up because she told R’as to send her there!! It was a nice link and a useful Time Paradox. 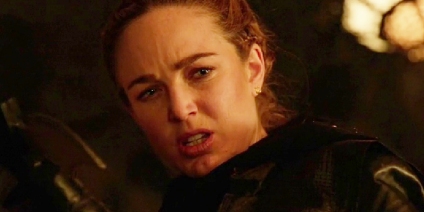 The relationship between Ray and Kendra still feels a bit forced. I get that they have spent the last two years together and have built a life but I’m still not feeling the chemistry. Maybe things will get better in future episode but I foresee complication when Carter inevitably returns! 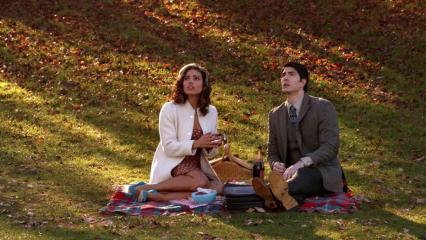 The reveal that Mick is Chronos was something I never saw coming. There may have been clues along the way but I missed them all. I would have been happier had the fight after the reveal lasted longer and maybe with Chronos escaping to hunt them down another day. 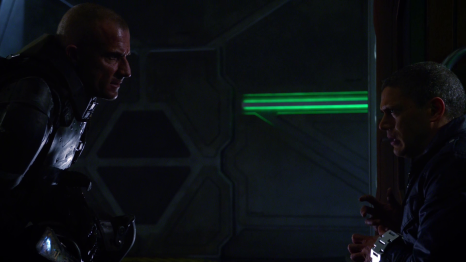 Now that the team have him locked up and are going to try and reform him, it just feels like the current Andy Diggle/HIVE storyline. I’m convinced that Mick will appear to be reformed but then betray the team at some point. Hopefully they won’t deal with it quickly and the struggle between Mick and Snart will be played out fully.