Ok, so this post has taken a lot longer than it should have to make it’s way to the blog! And of course has held up the following episodes posts too, so I will try and get those all up in quick succession in the next couple of weeks so we are caught back up with the UK TV schedule for Agents of Shield.

At the end of episode 2, Gemma was brought back to earth, rescued from some unknown danger by Fitz’ unwavering belief that she was alive and he would save her. In this episode we see her struggling to re-acclimate; she is light, noise, and well, everything sensitive. We find out that she has said that she was being hunted, which we’d guessed from the limited shots of her on the other planet. Bobbi points out the enormous physical toll that it has taken on her, and Coulson makes the point that there will also have been a mental toll on her too, asking for Andrew to be brought in to talk to her. It’s interesting that Andrew seems to be becoming a recurring feature in these early episodes in his own right, not just as a vehicle to understanding or illustrating May’s emotional disposition.

Gemma and Daisy have a brief heart-to-heart, a reminder of the friendship that has existed from the start, and Gemma is keen to know what has been happening in her absence. Meanwhile, Bobbi and Fitz have a similar heart-to-heart and Bobbi suggests that rather than focusing on wanting Gemma to be back to her old self and better, he needs to give her something to look forward to. Fitz takes this advice and takes her to a restaurant that they both love, that she apparently took him to after he was in hospital. She thanks him for finding her and then makes the startling statement that she wants/has to go back to planet he rescued her from. Yet again there were really excellent and touching moments between the pair, and even if you don’t ship them (I’m not particularly bothered either way), it’s just great to see the lifetime of friendship and love being acted out so well.

More blossoming romance appeared in the episode, this time from Lincoln and Daisy. 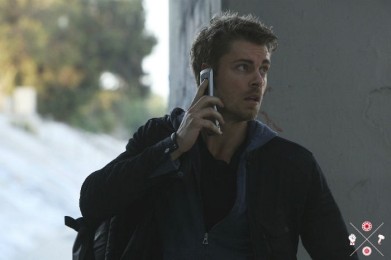 Lincoln has apparently been on the run since the hospital encounter in the first episode. Coulson reveals that Mac placed a tracker on Lincoln, so they can find him easily and when Daisy offers to go out to him, Coulson says that he is worried about Daisy being out because she is an inhuman and the world is currently somewhat anti-alien. ACTU broadcast a media appeal to locate Lincoln, advising that he is an alien threat, when we catch up with him he has reached out to an old friend ‘John’, who he says is the only person he trusts. He tells him that he hasn’t been drinking (suggesting he possibly is a sponsor?) and John offers to give him any help that he needs- until he catches the news bulletin and inevitable confronts Lincoln after revealing he has called the authorities.  When John collapses, he reaches out and calls Daisy for help.

At around the same time Coulson has hijacked a Whitehouse phoneline to contact Miss Price from ACTU and arranges a meeting. It becomes apparent that ACTU need to start showing some results in the alien capturing, and Lincoln is their target for this, but as per Coulson’s fear they reveal they have a picture of Daisy and know she is an inhuman too. 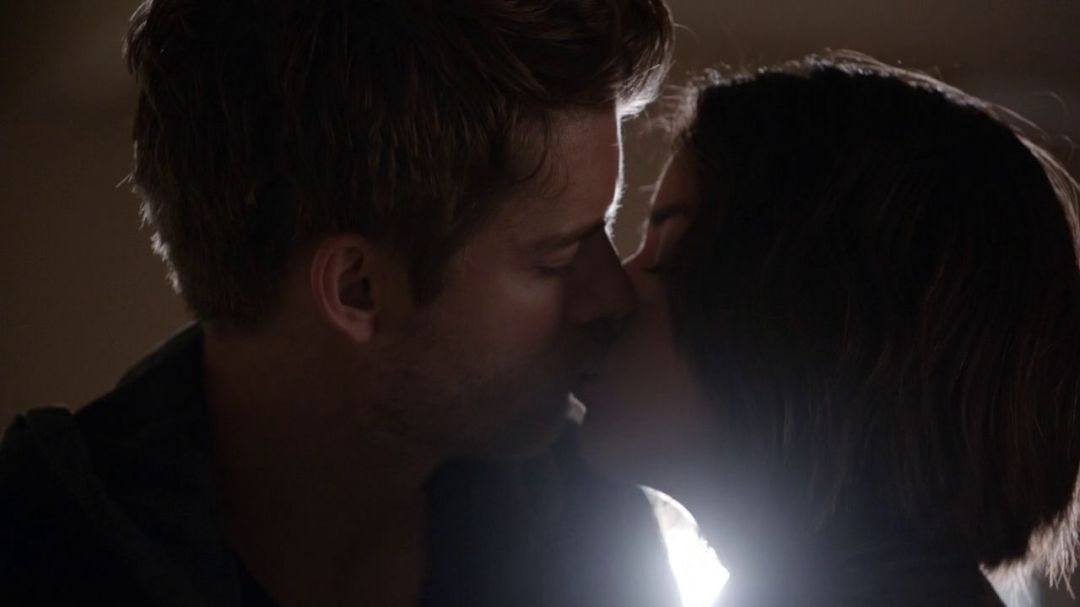 Daisy and Mac go to extract Lincoln, leading to pretty rousing speech from Daisy to ignite some self-worth in Lincoln and convince him to accept S.H.I.E.L.D’s held. He says he’ll work with Daisy but not S.H.I.E.L.D and the romance element makes it’s an appearance with a kiss. ACTU surround them though and Coulson gives the order for Mac and Daisy to let them take him – if they don’t then they will take Daisy instead, because they need a result. It’s another appearance of the possible darker side of Coulson that is emerging. Lincoln escapes and when ACTU attempt to take Daisy, Coulson offers to work with them and lend his expertise on aliens to their mission.

Speaking of darker sides, Hunter and May have begun their mission to get Ward which is based on them infiltrating Hydra. In order to do this, Hunter reaches out to an old contact with what appears to be less than legitimate business interests, Spud. One note about Spud, he had one of the worst ‘English’ accents I have ever heard. Seriously terrible. Spud tells Hunter that the new way in to Hydra is to fight your way in, which turns out to mean pretty serious death match type fighting. When it comes to Hunter’s turn in the ring, it transpires he will be up against Spud, who apparently has never liked him. It looks like Hunter is in pretty serious trouble and might be outmatched, but by the time May has fought off 3 guys of her own looking for trouble and reminded us just how bad ass she actually is, Spud is down and…. well, dead. It’s a clear sign of just how serious Hunter is about taking Ward out for what he did to Bobbi, and the fact that Coulson has allowed him off on this mission suggests just how dark he might be heading too.

A couple of other points from the episode;

There was one thing that I found myself thinking repeatedly, over all my various plot theories and suspicions… which is that we are only on episode 3 and there are too many storylines already. I’m sure they will all be tied together down the line, but right now it seems a lot to keep track of and I’m worried that unless some convergence of them happens soon then each one will be covered a bit too thinly and overall we won’t get the depth we’re used to. Conversely, it does mean that each episode moves with a decent pace so I guess we’ll see. As far as I can see, the plots so far are;

Which is enough to be getting on with for the time being!

So let me know if there’s anything I’ve missed, you think I’ve got wrong or if you’ve got thoughts on the series. The next post will be up soon!