Arrow is well and truly back with the second episode of the season. In typical Arrow style, the action is ramped up straight away and almost every character has some serious stuff to deal with! Here’s our rundown of what’s happening with our favourite vigilante team!

Oliver appears to have much more of a personality when he is in the hood and when he is out of it. You can actually see him experiencing emotions, which is more than could be said for him in the previous seasons. 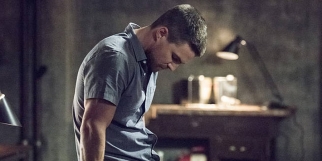 I am still unsure whether this is because Stephen Amell is actually a really good actor or whether he has had some acting lessons between the seasons. Either way I like this new take on the character.

Mr Queen has a lot going on in this episode. His relationship with Felicity still seems strong and not strained by him returning to his bow-wielding ways. They are being cute every chance they get, complete with Oliver making Felicity’s lunch for her first day back at work. We don’t get to see a lot of Olicity in this episode but when we do it is awesome.

The flashback sequences show Oliver infiltrating a heavily armed team on Lian-Yu, for a reason that still hasn’t been revealed.

The main thing we can take away from these scenes is that Oliver has finally done away with that awful hair and is now sporting his traditional buzz-cut, oh and that he also has no qualms about killing people when the situation requires it. We are seeing the evolution of his dark character continue.

When Oliver is in the suit he is of course awesome but gets his ass handed to him on a couple of occasions by the minor villain of the episode and someone close to him (which I’ll talk about in a minute).  And there are a lot of scenes with Lance that display the lack of trust the Captain has for Oliver. The relationship is strained and looks to be continuing in the same vein for the foreseeable future.

The main focus of the episode is a new candidate for the Mayor of Star City putting herself forward, Jessica Danforth, played by none other than Jeri Ryan! 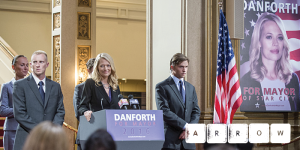 This plan goes as expected, Damian Darkh doesn’t want there to be a mayor of Star City so he tasks Lonnie Machin (aka Anarky from the DC comics universe – a reference that will be mentioned at least a couple of times during the episode), with preventing Danforth from running.

He starts off by rigging up a self firing gun to distracts everyone while he poses as a bodyguard to kidnap Danforth. This is foiled by Oliver using some ‘Vigilante’ skills but it only results in Machin kidnapping Danforth’s daughter and holding her to ransom.

Even though the daughter is rescued Danforth withdraws from the race, ultimately giving Darhk what he wants.

Now I can’t talk about Anarkhy without mentioning Thea Queen. In this episode we really start to see how the Lazarus pit has affected her. At the start of the episode she is an important cog in the Team Arrow machine.

They all work together well during an attack on the ghosts, but Oliver sees that some of the moves she was using are designed to injure, maim and even kill instead of incapacitate. This leads to a hairy conversation between the two, and later she breaks the arm of a man that she and Oliver are trying to get information from. When Oliver challenges her about this she ends up going into a berserker rage and attacks him! 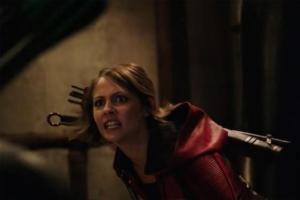 It’s only then that he tells her why it is happening. Oh and she also sets Lonnie Machin on fire just for fun! She is clearly losing control and when Laurel learns of the powers of the pit she tells Thea that they are going back to Nanda Parbat to get some help from the league (as well as wanting help for a more personal reason). Thea is spiralling, but I like seeing her do something with her anger instead of just being a moody teenager!

There are a few smaller stories going on in the background of the episode. Felicity has returned to work as the CEO of Palmer Technology and has to deal with extreme cost cutting measures straight away. She is tasked with firing a load of employees to save money using an algorithm designed by super-nerd Curtis Holt. 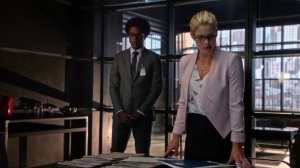 In the end she decides to stand up to the board and bluff her way out of the situation claiming that Holt has a new technology that will save the company from financial ruin (which he doesn’t yet!). I should probably mention that Curtis Holt is an alias of the DC comics character Michael Holt aka Mr Terrific! 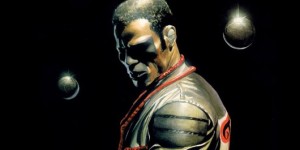 I can’t wait for the show to turn him into a superhero as I love the character, I really want to see the T-spheres!

Diggle has been investigating HIVE in secret for a while and tells Laurel what he has learned, which is not a lot.

All he knows is that the Ghosts are HIVE and knows Damian Darhk is involved, but he doesn’t want the other members of the team to find out about this yet. Laurel gives him a lecture about letting people help but John brushes it off. He is not the only one keeping secrets from the team; After learning about the Lazarus pit, Laurel decides she is going to dig up her sister Sara and take her to the league to see if they can resurrect her.

We have a grave digging scene at the end of the episode and Sara is very much among the dead!

Damian Darhk takes more of a back seat in this episode and lets his underlings such as Machin and Lance do his dirty work. Lance is really starting to think that the decision to work for Darhk will not turn out well. Even though he doesn’t like Oliver and thinks the new “Green” Arrow persona is laughable, he recognises that he needs help.

He doesn’t think Oliver is the one that can save the city, it needs someone who is willing to fight in the open and not hide in the shadows. He does however agree to let Oliver help with the kidnapping and then regrets it when it results in their suspect being almost burnt to death. This serves to increase the tension between him and Oliver and he now needs proof that Oliver is doing things differently to save the city! Lance is trying to loosen Darhk’s grip on him but all the while Laurel is at risk he cannot.

Oliver takes Lance’s advice at face value and decides that he will be the one to run for Mayor. If he runs the city then he can save it while standing in the light. Will this mean he will give up being the Arrow again? If not, he will really be trying to burn the candle at both ends! He won’t be able to do both surely!

The episode was packed full of stuff so here’s a list of things that peaked my interests! 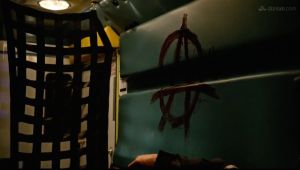 With episode 2 of the season I am officially back on the Arrow bandwagon. It was a great episode with alot of stuff going on and some great teases to things that may be happening later in the season. I’m looking forward to seeing more of Darhk in future episodes and seeing what he is capable of. I also hope that Diggle’s investigation into HIVE actually results in something and doesn’t just sit in the background. There is plenty of time for things to get even better and I’m itching for the next instalment!

What did you think of the latest episode? Let us know in the comments below and don’t forget to follow us on Twitter @JackGeekstalk and check out our YouTube channel Jack Geekstalk for all kinds of geeky news, reviews and discussions.